This user has not added any about fields yet.
Latest Posts: 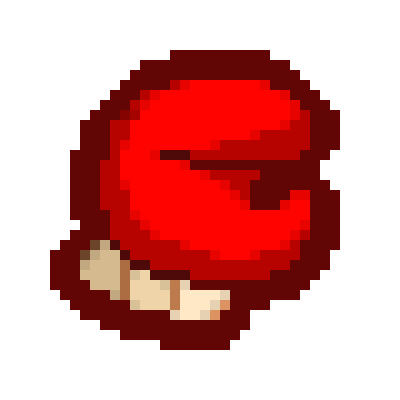 Before applying, please read this entire post as it explains what is expected out of staff members and the requirements of becoming one. Being a staff member on MittenMC requires a lot of responsibilities and is a big deal. You must be able to handle situations in a professional and respectful manner and helping players new players who may have questions. Keep in mind, Helper rank is the first step in your staff career and is to see if you're suitable for a position such as Junior Moderator.

In order to apply for a staff position, you must meet these specific requirements:

Applicants typically ask these questions regarding their applications.

Q: After applying, how long could it take to hear back?
A: All applications are generally looked over within a 2-week period, so please be patient during this time. Accepted applicants will be contacted by an Administrator VIA Discord. If you haven't been messaged within a 2-3 week period, your application has most likely been denied and you can re-apply after 1 month.

Q: I've been added on Discord by an Administrator, what does this mean?
A: This most likely means that your application has been accepted! Once you've accepted the friend request, the administrator that is trying to contact you will set up a time and date for you and them to meet for an interview where a series of questions will be asked about your applications and on the server. For this interview, you will want to make yourself familiarized with Rulebook.

Doing these will instantly deny you from your current application and or future applications as well.

Keep in mind to re-read this page and understand the requirements of becoming a staff member. This is a responsible position that requires maturity and respectfulness in all situations. If you do not meet our requirements, it'll lead your application to be instantly denied.

Are you banned on MittenMC and are looking for a second chance? Appeal here!

How do I appeal?

You can appeal simply by visiting here and creating a thread

named along the lines of "YOUR-USERNAME - Ban Appeal" and

copying and pasting the format below inside of your thread.

4. Why do you believe you should be unbanned:

It is recommended you provide as much reasoning as to why you're looking to be unbanned on the server so this opportunity for a second chance is better.

If you were banned for hacking and are allowed to appeal the ban, you MUST provide screenshots of the listed locations below.

Any cropped screenshots will not be accepted. Please provide full images of these locations.

4. Why do you believe you should be unbanned:

The staff member that has banned you will only respond to your appeal and is completely up to them to use their judgment whether they believe you think you should be unbanned or not. If you believe your appeal is being handled unfairly, message a higher-up staff member to handle it instead.

Below is a list that the administrative team has gathered of what modifications are allowed and disallowed on the server. We highly suggest those who are new to MittenMC to read this and ensure you aren't using any of the listed mods/resource packs below. In addition to this, disable any illegal settings you may have on in your client. "Accidentally" using an illegal modification isn't a valid excuse and will still result in normal punishment.

- Any HUD Modifications that displays information about a player (ex. AdvancedHUD // Zyin's HUD)

- 360/Any type of player perspective mods

- Minimaps are allowed however, settings such as player entities and cave mode (allowing you to see under surface) is not allowed on the server.

- Scripts/Marcos are a gray area on the server. If you're interested in viewing of what we specifically allow, please visit (INSERT LINK HERE: mittenmc.net/macros)

By joining our server you agree that you read, agree, and follow our rules. All rules stated below apply to every player regardless of their donation rank or status on the server. Rules on the server are subject to change at any time, if anything is updated, please read the post on the Forums about the new changes made.

- Joking or pretending to break a rule could still result in a punishment. Staff members aren't responsible to determine whether you were joking.

- Players caught repeatedly breaking the same rule will be permanently banned from the Server.

- Players attempting to push limits on rules will be punished according to which rule they're trying to push and or break.

Chat Spam - A player with the intent of chat spam such as spamming the same message/similar message or repeated use of characters (over 1 line of characters).

Excessive Caps - Sending an excessive amount of caps in chat.

Player/Staff Disrespect - Disrespecting another player or staff member in any form isn’t allowed. Depending on the severity of the situation, toxicity can fall under this punishment.

Player Griefing - Purposely mining or using artifacts on another player in an attempt of trying to give them a competitive disadvantage or annoy them will be punished. Staff members will first warn players for griefing and if the player continues multiple times after they've been warned, they will be furtherly punished such as a temporary ban.

Player/Staff Impersonation - Impersonation of another player or staff member using public chat will not be tolerated and will be punished.

Harassment - Excessively disrespecting another player on the server and any other persistent harassment is not tolerated.

Toxicity - Do not continuously break rules, test staff, or be a nuisance on the server.

Racism/Discrimination - Using any racist or discriminated remarks, phrases, or slurs will be punished strictly. This rule is pretty staff discretionary, it depends on the severity of the situation and what is exactly said.

Disallowed Macros - Any set key binds that are intentionally giving the player an advantage over others on the server are not allowed (including chat games macros). Macros that will give you a large advantage over other players such as "/spawn" when in PVP aren't allowed. However, commands like "/mine" are allowed to be used as it isn't really an advantage, it just saves a couple of seconds rather than typing the command. Text macros are allowed yet if you're intentionally using them to spam the chat you'll be punished for spam.

Threats - Players may not threaten to harm another player. This also includes DDoS and Dox threats as well.

Blackmail - Threatening a player to release information that could potentially get them banned. All evidence that a player is breaking a rule should be immediately be reported to a staff member.

Advertising/Misc. Links - Promoting any content/websites/servers that aren’t related to Mitten is not allowed.

Bug Abuse - Participating in any sort of glitch for an advantage is not allowed no matter the size. Bugs should be immediately reported to staff members as soon as they are found.

Inappropriate IGN - Do not have an inappropriate username that does not conform with our other rules stated.

Illegal Trade - Any IRL Trades that aren’t deemed legal on the server will be punished. Legal IRL Trades include items from our BuyCraft, Steam Games, CSGO, and Rust skins. Any IRL that isn't stated here is deemed illegal.

Phishing - Attempting to steal another player’s personal information will not be tolerated and will result in the offender getting permanently banned.

IRL Scamming - Scamming a user out of an IRL deal.

Hacking - Using any disallowed client, texture pack, or modifications that give you an unfair advantage is not allowed.